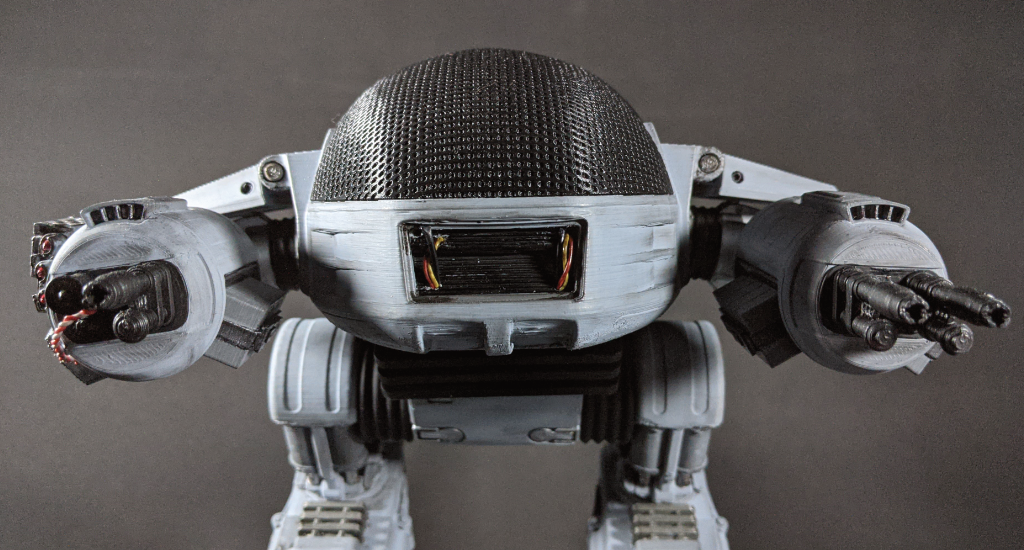 Make sure you have QA in the budget.

The year was 1987 and the Terminator had already made its mark on this teenager, so let’s add another cyborg in the mix. Robocop was one of those movies that tried to carry the torch for robots, but didn’t feel as futuristic as the terminator. Still, it held its own and is still a great movie IMO.

Enter ED-209, the toughest challenge Robocop faced and one I wish had more screen time. As tough as this thing looks, I was expecting more of a challenge. But as it turns out, stairs, of all things was its downfall.

The Build
This was my first large print on my 3D printer (Creality Ender 3), everything else was just upgrades and small stuff around the house. It took over 25-30 hours to print the parts and I spread out the build over about 2 months. A little here and a little there.

Everything printed ready for assembly. 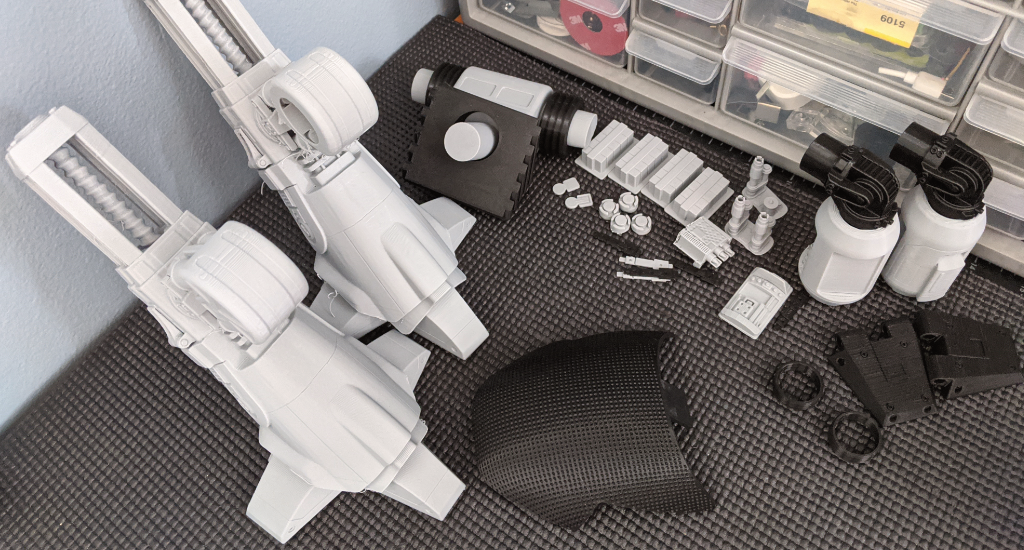 The model was sourced from MyMiniFactory and after seeing the print times I was a little nervous. The head alone took about 17hrs and I was new to 3D printing. With some trial and error I got everything printed and most pieces wouldn’t require too much touch up. Overall, I’m happy with the final piece. 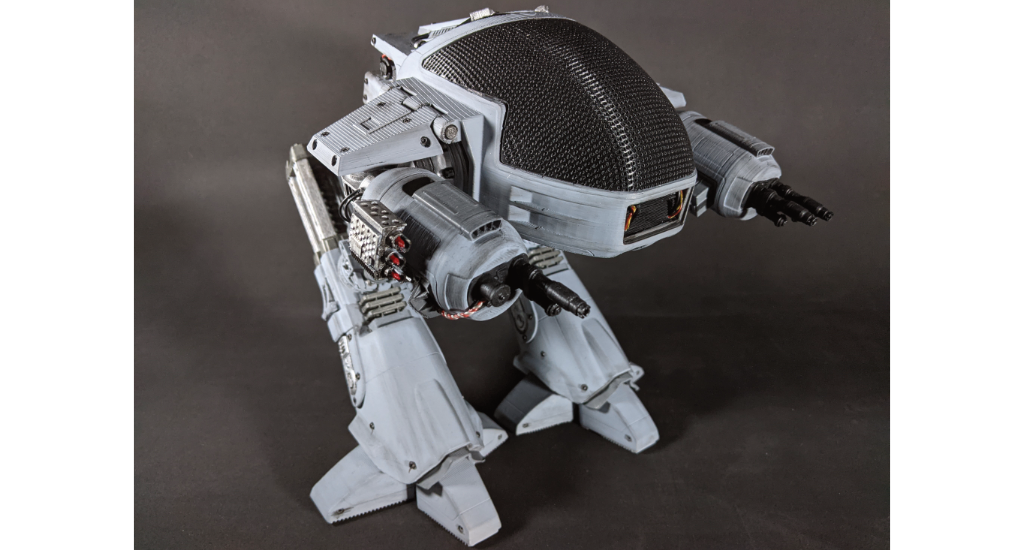 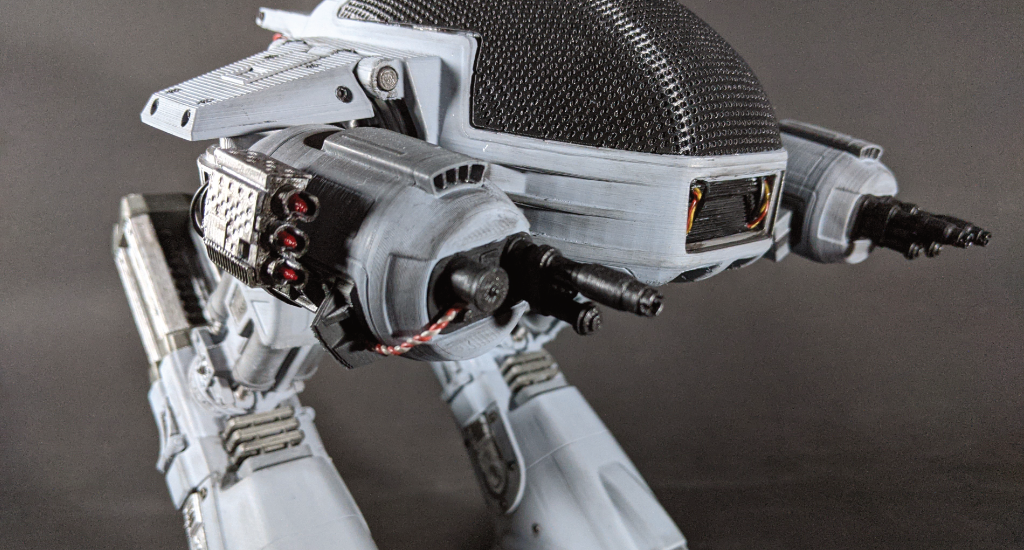 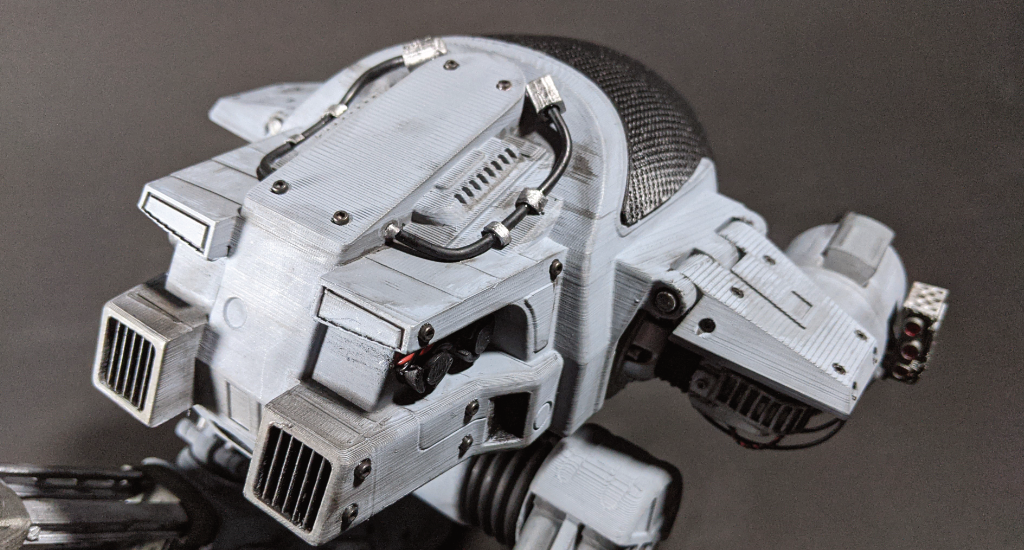 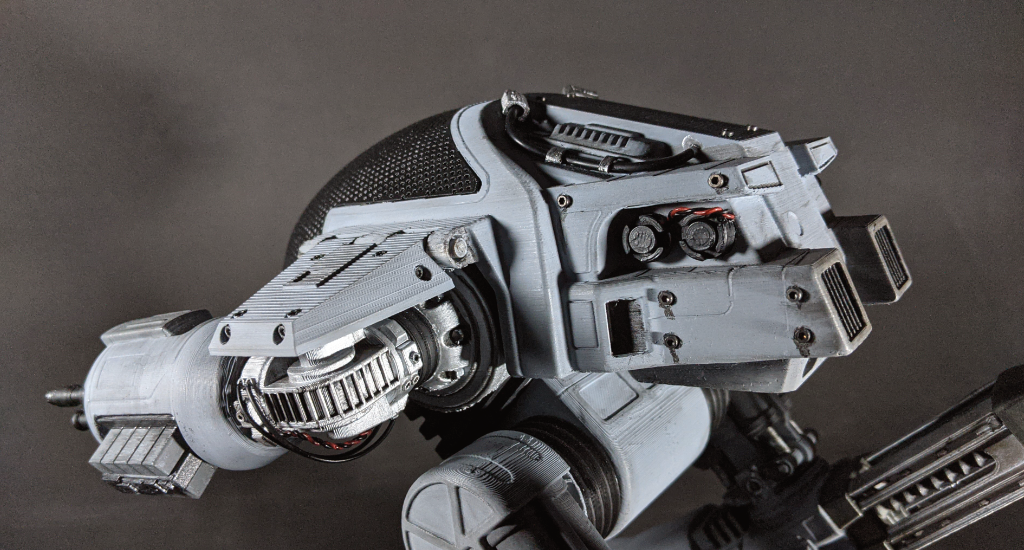 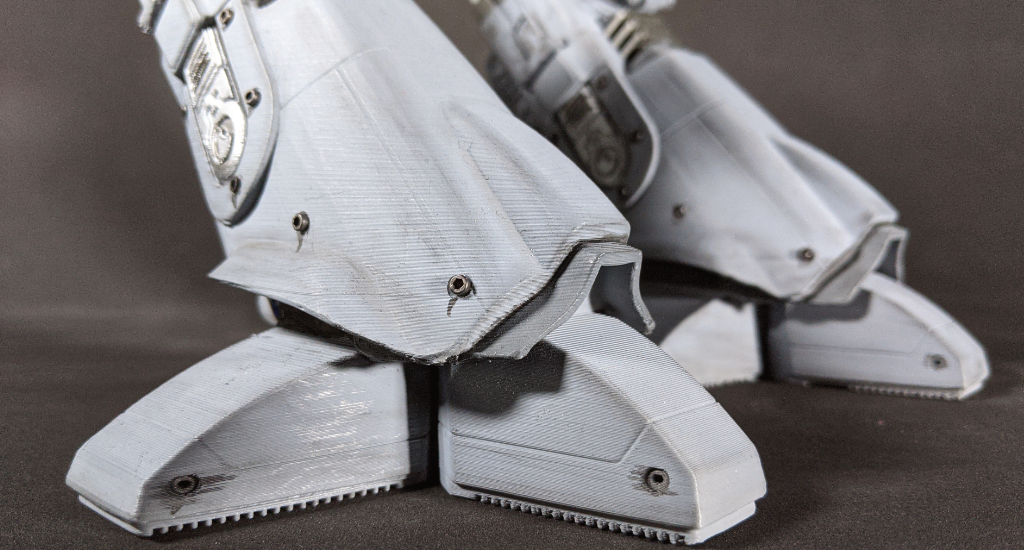 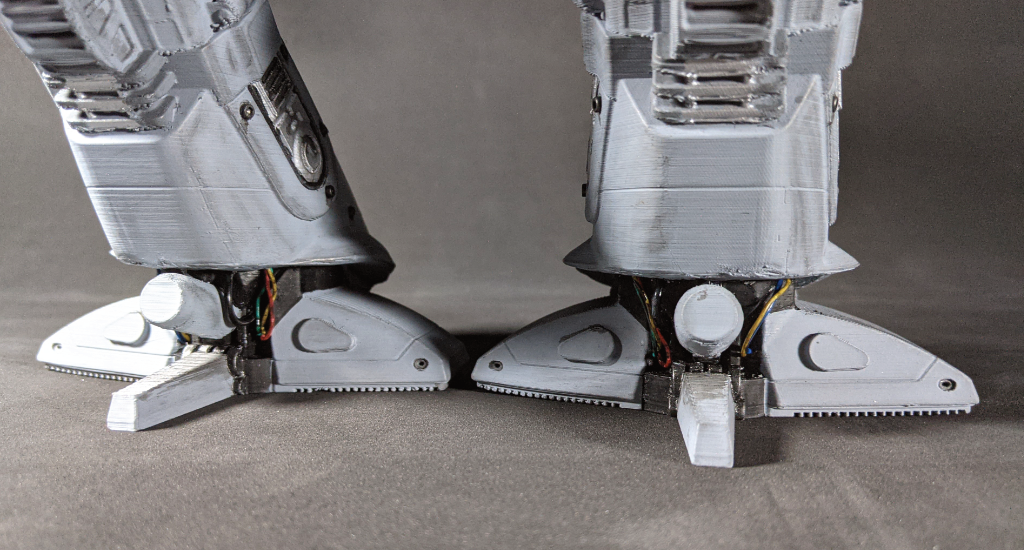